The photo series focuses on human connection, something a lot of HIV-positive patients often struggle with.

Brilio.net - The world has come a long way in its fight against AIDS. HIV medications are more available now than ever and awareness towards safety measures that can be taken to avoid an infection is also becoming more widely accepted. But the work is far from over, as existing stigma continues to put patients in a difficult position in social environments.

An ad for World AIDS Day, commemorated on December 1, aims to break past the stigma and other social barriers, by publishing images of two individuals striking impressive poses as they dive, dance, play the piano, all without a piece of clothing on their bodies. Though controversial to some, the ad aims to send the message that encourages people connect, not avoid, HIV positive patients.

Shot by Mathieu César, the series of images emphasizes that HIV-positive individuals, too, can pass on skills and knowledge, with its tagline: “HIV-positive people on treatment have a lot to pass on. But not HIV.” 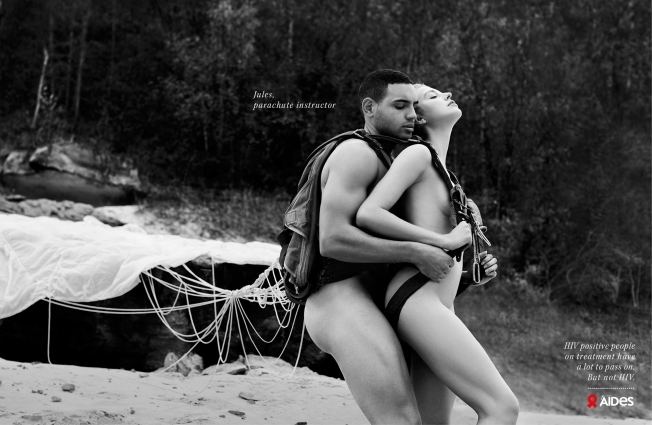 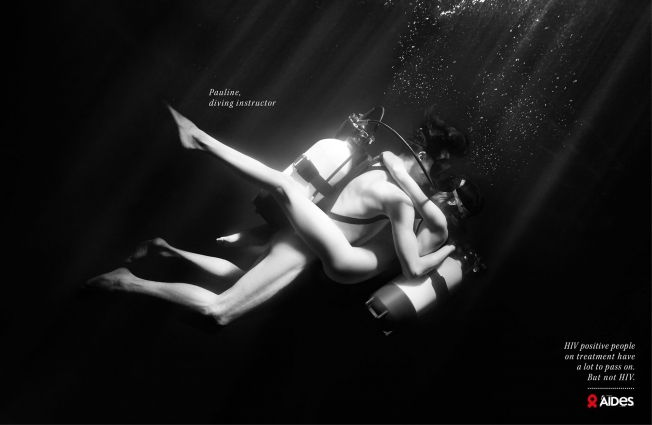 Despite the positive reception, the ads have unsurprisingly received cold reactions, most notably in a more conservative region in southern France, Béziers. A counter campaign released a poster depicting a heterosexual couple, clothed in a formal attire, along with a tagline “Loving one another. Giving to one another. Giving everything,” followed by the another tagline, “Love should be protected.”

Up Next: Snow Atop Indonesia's Puncak Jaya May Not Be So Eternal After All