These bad habits could lead to many health problems and would likely to give you some additional kilograms at the end of the month.

Though fasting requires you to hold back hunger and thirst, it does have many health benefits, such as improving our body's digestive system performance.

However, poor eating habits in the month of fasting, as well as mistakes in choosing food during iftar (breaking of the fast) and suhoor (meal before fasting), could chase these benefits away and bring opposite effects in.

Here are some harmful habits you might want to avoid this year.

Having sufficient sources of energy during fasting days is a necessity. However, many people choose to consume food and drink containing high fructose syrup, MSG (for flavoring), excess sodium and oils that can bring problems such as heart disease, cholesterol and unwanted fats.

Actually, there are many choices of healthy food that are very good for breaking the fast. However, Indonesians have a habit to break the fast together in a junk food restaurant, which turns out to be harmful to our health.

Junk food, such as chips, instant noodles, fried foods and other less nutritious foods will not add anything to your nutritional needs. You will not have enough energy for fasting because what you eat does not contain many nutritional values. But, if you eat nutrient-rich foods, you will feel fuller, so you do not have to munch large portions in a time during iftar and suhoor.

Breaking the fast with oily or sugar-heavy foods Fried food —a.k.a. our beloved gorengan— contains high level of oil that will be difficult to digest, especially when you eat the food in early fasting days. Food that contain lots of sugar can also be harmful to your body. The solution? Use natural sweeteners such as honey or sugar cane or eat fruits, like dates, to substitute sweet food or drink. Sweet food will be digested faster and it will make you feel hungrier sooner.

Eating too much carbohydrate during suhoor

Carbohydrates will turn into sugar and will cause reactions in the body as soon as you finish eating. Relying on processed carbohydrate foods for an energy source, especially during fasting, can cause insulin spike and weight gain, as well as a burning sensation in the midriff.

Dr. Ravi Arora, a diabetologist at NMC Abu Dhabi, said that prolonged fasting can cause acidity in the stomach and the condition can be aggravated by consuming too much carbohydrate during suhoor and breaking fast, so it will cause discomfort in the stomach and also gastritis. Consuming too much carbohydrate during suhoor will also cause sugar craving, also increase hunger in the afternoon which will lead you to an excessive eating during iftar.

When consuming carbs, it would be good to balance it with protein. Taking proteins such as chicken, fish, shrimp, meat and cheese will help you to keep your body from gaining additional weights, so you can eat comfortably during Idul Fitri.

Drinking tea or coffee during the meal will result in dehydration and will quickly cause hunger. Caffeine contained in tea and coffee can also cause headaches. Instead of coffee or tea, it's better to have a good water intake during suhoor and iftar to reduce dehydration. However, drinking too much water at a time is also not good, because it will dilute the stomach acid, causing bloating and interfere with digestion. Have your water by suhoor and iftar time.

Going straight to bed after suhoor

Going to bed after a big suhoor meal will cause various digestive problems because your body has to work harder to digest food when it's in the resting mode. Even if you do not really sleep, say, just lying on a mattress or sofa after eating, it still can trigger symptoms of ulcer problems due to excessive stomach acid. It will evoke uncomfortable burning sensation in the chest, all the way to the throat.

Other health conditions, such as gastroesophageal reflux disease (GERD) — also known as acid reflux stomach — can occur because the valve between your stomach and esophagus is not completely closed, making stomach acid from the stomach going up to your throat.

According to nutritionist Rashi Chowdhary, regardless of the things to be avoided during fastings such as fried foods, too much sugar, and excessive caffeine, there is one negative habit that will really affect your body: skipping suhoor meal. Suhoor meal will give your body energy for the rest of the day. Skipping the meal can also cause dehydration, bad breath and digestive problems. Food that comes in at dawn will help your body to get the nutrients for the next few hours, and it's more important than you may think.

Eating too much during iftar 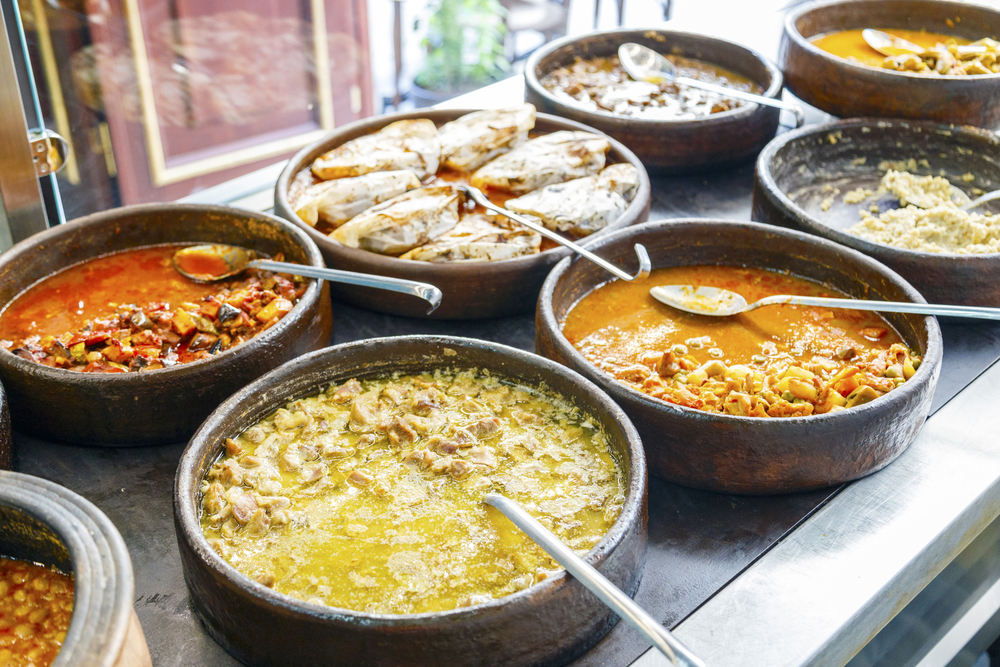 Burjeel hospital in Abu Dhabi holds as many as 50 patients per day during Ramadan, and most of these patients complain of diarrhea, vomiting, acute abdominal pain and stomach ulcers. Dr. Magdi Mohamed, emergency medicine specialist at Burjeel explained that those problems are caused by overeating too much carbohydrate-heavy foods. When it is time to break the fast, you should treat your stomach with caution. He suggested taking light meals such as two or there pieces of dates, along with a glass of water, as an opening to break your fast.

The article was previously published in Hellosehat.com and all medical data have been reviewed by a licensed medical doctor.

Up Next: Actor Roger Moore Dies At Age 89