Making people smile, one weird item on the beard at a time.

Brilio.net - What are you doing to make the world a better place? For these two guys from Portland, Oregon, it's by getting creative with their beards and showing off said creativity on — where else? — Instagram. 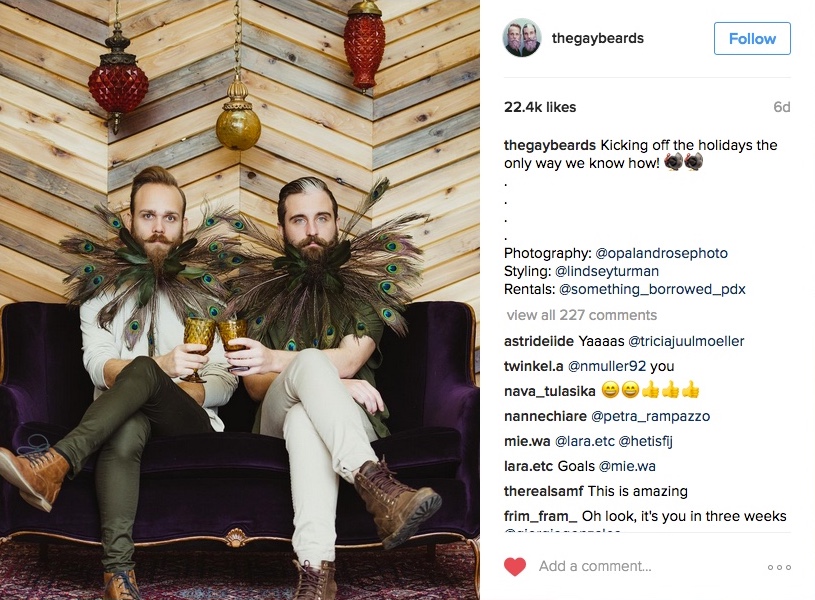 The two are Brian Delaurenti and Johnathan Dahl, both of whom are 25 years old, gay, and have long beards. They have been friends since they were eight and have grown to share a love for art; Brian is a painter and photographer, while Jonathan is a musician.

Together, the pair are defying hipster stereotypes (or possibly taking them to the next level) by attaching different everyday objects onto their beards and posting the images on the photo sharing app.

"We just wanted to promote some sort of like humorous positivity," Brian said, as quoted by NowThisNews.com. "Because, as we know, things can get a little negative out in the world, on the internet, and in real life." The objects they put on their beards vary from flowers, leaves, glitters, fruitloops, to flags, paints, even french fries. With the help of a little bit of glue, some beard oil, hairspray, and toothpicks, a single photo could take up to two to four hours to produce.

As a result, the two have attracted a following of over 260,000 people on their account @thegaybeards, which they started back in 2014, with each photo getting more than 15,000 likes. Aside from their fascinating creativity, many of their followers have also gone to them for questions on being part of the LGBT community, something the best friends readily embrace.

"We realized that we really were kind of representing an aspect of society, especially the youth, that does still have this stigma. They're afraid to be who they are, whether it's being artistic or whether it's coming out as gay or bisexual or transgender. It was kind of responsibility of ours to be there and help kind of encourage other people to not be so afraid," continued Brian. "That's the best part of what we do." 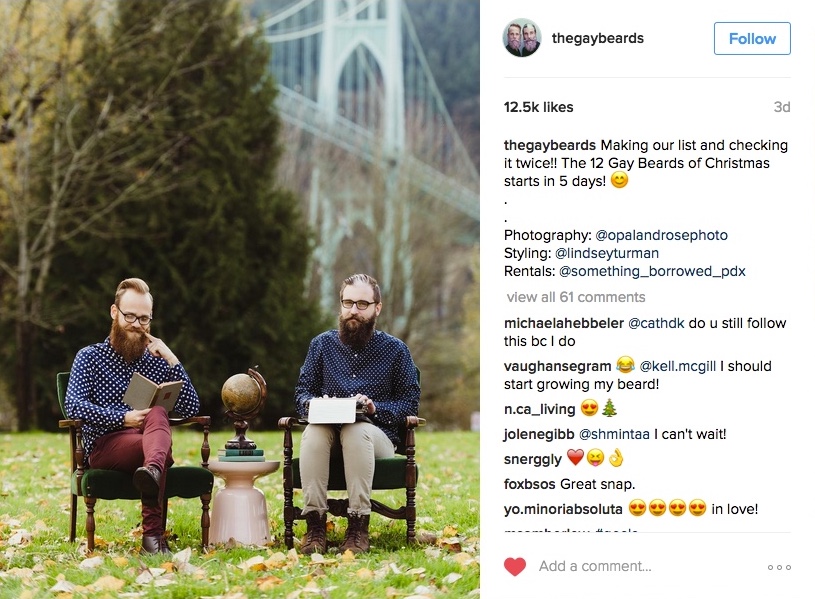 Up Next: Passenger Hits Train Emergency Stop To Retrieve His Phone